Spring Cleaning, Where Did the Tradition Come From?

Spring cleaning is a natural instinct for many people. It's largely rooted in cultural traditions within Jewish custom and Iranians. All told, it could simply be a burst of energy after a prolonged, melatonin-induced ."rest" over winter.

You can feel it in your bones. The sun doesn’t sink below the horizon quite as early, and winter is receding like the tide. You move the couch out of the way, and you put the drapes in the washing machine without much thought.

The dust and dirt and dog hair have been accumulating over the long dark season. It's time to disinfect everything: the family room, the kitchen, the bathroom. You — and even Fluffers, who has to be moved out of the way — have been overcome with the overwhelming urge to spring clean.

Don't worry, you're not alone when it comes to suddenly having an overwhelming urge to clean the house. In the West, spring cleaning is practically a ritual! Cleaning product manufacturers really elevate their advertising as soon as winter is on its last legs.

Magazines and internet websites are suddenly chock-full of spring cleaning tips at this time, too. There are public service campaigns for dealing with litter, disposing of outdated medicines and more year in and year out. It's become a collective movement but in the unconscious.

Spring cleaning does not apply to everyone. With fMRI scans, researchers found that people diagnosed as compulsive hoarders who are faced with a choice to throw things out (junk mail included) show brain activity in the same region that's responsible for processing experiences that are unpleasant and damaging.

Around 1-2% of the population across the entire United States are compulsive hoarders. These people consistently accumulate and consequently refuse to toss out huge collections of everything. This includes newspapers, paper clips, stuffed toys and more.

People that do not have a hoarding compulsion, on the other hand, are drawn to spring cleaning as if they were compelled to it. The feeling of accomplishment and cleanliness that comes from going through the house also brings the brain something similar to a neurological reward. There is no medical evidence documented that spring cleaning is a compulsion; instead, it's rooted in tradition.

Traditionally, homes are cleaned at the beginning of spring. Westerners may be surprised to find the high possibility of it being rooted in customs of the East.

Spring Cleaning: Why Do We Do It?

There are two core cultures tha spring cleaning is rooted in: Iranian and Jewish. The Chinese have a similar custom as well. All of them extend all the way back into the distant past.

For Iran, the new year is on March 21st: it's the vernal equinox on the solar-based calendar. Their celebration of the new year is two weeks long; customs, symbolism and rituals are rooted in the pre-Islamic past of their culture. Iran sees spring cleaning as a full-on ritual: khane tekani, or shaking the house.

For Jewish custom, Passover or Pesach is a housecleaning time too. It's a solemn holiday that marks the Jews' exodus from Egypt.

However, spring cleaning likely boils down to biology more than anything. It could very well just be because waking up from a melatonin-induced stupor brings a lot more energy.

5 Reasons Not to Feel Guilty about Hiring Cleaning Services

7 Basic Steps to Having a Stress-Free Move-Out Cleaning

8 Common Cleaning Mistakes and How to Avoid Them

Get $30 OFF your First Clean

You already claimed this discount. 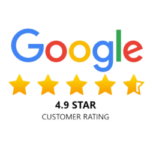 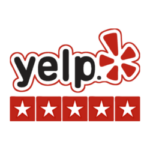 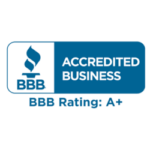 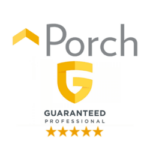 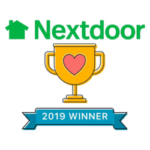